Margaret Heine was born in 1939, the oldest of ten children, in Pasadena, California and grew up on the plains of Kansas and Colorado.  She attended St. John’s College in Winfield, Kansas for two 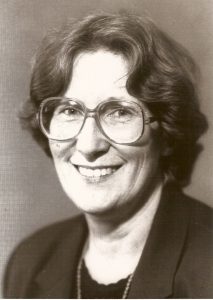 years before coming to Valparaiso University in 1957.  Asked about her call to Deaconess ministry, Margaret stated, “My paternal grandmother wanted a son in the ministry. Then she desired to have a grandchild.  As the oldest grandchild, I became the first to enter ministry, deciding to do it in my 13th year at Confirmation.  I always say ‘Grossmama prayed me into it.’”

She served her internship in the summer of 1960 as a chaplain’s assistant at the Home for Aged Lutherans in Milwaukee, Wisconsin.  Margaret was consecrated on July 2, 1961, at Trinity Lutheran Church in Garden City, Kansas.  She graduated with Honors in Religion through a program which was the precursor to Christ College at Valpo.  Margaret’s hope was to become a psychiatric social worker as well as a Deaconess, however, at that time, she was not able to attend graduate school.  Instead, she was assigned to be a Deaconess for the Lutheran Mission Society of Maryland. Half of her time was spent with patients in mental hospitals and the rest of the time was spent with people who were mentally handicapped, had tuberculosis, aged, or simply ill. She conducted worship Services, Bible classes, and small group and individual counseling. While in Baltimore, Margaret participated in the March on Washington in August 1963.

In 1966, Margaret was awarded a Master of Arts in Religion from Concordia Seminary, St Louis. After graduation, she became Dean of Women at Concordia College, Milwaukee. She was both the first dean of women for the first class of women to enter this previously all-male Prep School and the first woman to be employed as a full-time faculty member. Margaret also became Director of Drama and developed a schedule and program of chancel dramas which toured many area churches in Illinois and Wisconsin, which reached over 10,000 people. After leaving Concordia in1969, she held various positions as a parish secretary and youth worker while she sought a position where she would be part of a team ministry.

In 1970, Margaret applied for a position as Staff Director at an inner-city church in Cincinnati Ohio. A gentleman named Jack Towe came to Milwaukee to interview her.  In his memoirs, Jack states that he knew Margaret was not the right person for the job because they were seeking a man of color for that position, but he had high hopes that after 20 years of looking and praying, the Lord might be answering his prayers for a wife. The job interview lasted 16 hours! One month and one day later, Jack asked Margaret to marry him and 103 days later they were married on All Saints Day. 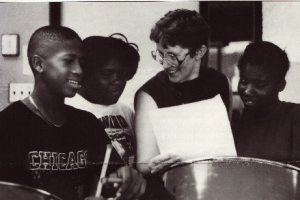 Margaret and Jack made the choice to live and work in Over-the-Rhine, an inner-city neighborhood of Cincinnati, Ohio, where they became part of the community, in particular at Prince of Peace Lutheran Church, the Crossroads Health Center, and as a member of the Over-the-Rhine Steel Drum Band.  Margaret served seven years as Chaplain/Deaconess for the Federation of Lutheran Churches at University Hospital.  She completed a CPE residency and was inducted into the College of Chaplains in 1996. At University Hospital, she was a member of the Liver Transplant Team and co-founded the Perinatal Loss Support Program.

Margaret celebrated her 35th consecration anniversary in 1996 and became ill soon after, succumbing to cancer in 1997 at the age of 56. Margaret is remembered for her love of the Lord and passion for social justice as well as her writing and poetry.