While they were talking about this, Jesus himself stood among them and said to them, “Peace be with you.” They were startled and terrified and thought that they were seeing a ghost. He said 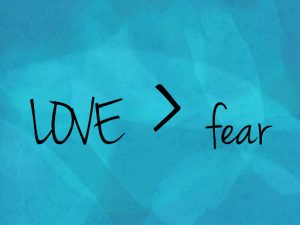 I wonder how the disciples would have reacted at the death and resurrection of Jesus if it happened now — in the 21st Century. I can imagine them behind locked doors, huddled, scrolling through their “devices” seeking some bit of news to relieve their fear.

Imagine the endless cycle of news stories: accounts of Jesus’ death, eye witness interviews, conspiracy theories, wondering what really happened, questioning the credibility of the women, and others who claim to have seen the resurrected Jesus.

I believe the disciple’s feelings would be akin to what we feel today: we’re restless, isolated, and afraid behind our own closed doors — trying to hold on to hope as we wonder what life will be like in the next month, week, year. But I also believe that Jesus has a very clear message for his followers, both then and now.

He greets us saying, “Peace be with you!” While not answering all our questions of the moment, he reminds us that his presence is greater than locked doors, loneliness, fear, and tomorrow’s unknowns. Jesus stands at our doors with the same greeting in this moment, bearing God’s grace and presence — right here, right now.

Prayer: Lord, may we rest in your message of peace.  Amen.

DeacPost “Things Right Before Our Eyes”

DeacPost “I Have Called You By Name”

All Praise and Blessing to Our God All praise...

DeacPost “Things Right Before Our Eyes”

Look at what is before your eyes. If you are...

DeacPost “I Have Called You By Name”

I Have Called You By Name But now thus says...