“Then he said to them all, ‘If any want to become my followers, let them deny themselves and take up their cross daily and follow me.”  Luke 9:23 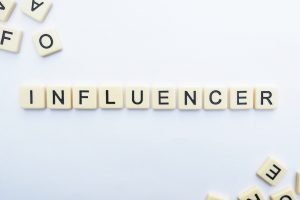 The other night my daughter and I were discussing her summer gig and her new circle of co-workers. She told me that one of them wants to be a social media influencer. I knew that was a thing, but my curiosity was piqued and so I did a little research.

Influencers are social-media celebrities who can make a decent living advertising products to their audience.

Followers and influence. It’s really not a new concept. In fact, there’s a word with Latin roots that deals with someone who is a student, learner or follower. I bet you’ve heard it. I bet you’ve read about it – disciple.

Jesus had them — and so did others. Turns out that Jesus was ahead of his time when it came to the social influence thing, which of course is easy enough to believe since he created time. But the big differences between Jesus and many of the social media influencers of his day and ours has to do with message and motivation.

Jesus’ message is one of forgiveness, grace, love. His motivation is for his followers, his disciples, to take hold of the gift of salvation and eternal life made possible through his death and resurrection. In short, Jesus’ concern is for the followers. I’m not sure many ancient or modern-day influencers can say the same thing.

When we lean into our callings as Jesus’ disciples, we can help influence others to follow him. Maybe that influence looks like casual-but-intentional conversations where we share our witness about why we follow Jesus. Maybe it means inviting others to come alongside us as we live that life.

Prayer:  Lord God, today as we follow the greatest influencer of all time, may we, by our lives, influence others to do the same. In Jesus’ name we pray.  Amen.

There are different ways of serving, but the same...

Jesus said to her, “Let the children be fed...