At the age of 11, after the sudden death of her father, Norma Cook moved with her mother and sister to Mason City, Iowa, where Bethlehem Lutheran Church welcomed and supported them. There she experienced the unconditional love of Jesus Christ. She completed high school and Junior College in Mason City. Her congregation, with financial help and role model Deaconess Shirley Groh Dorow, sent her off to Valparaiso. 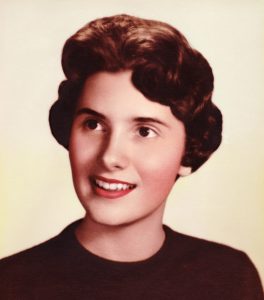 Norma entered Deaconess Hall in 1958. She wrote, “It was wonderful! We shared prayers in the morning, midday University chapel, led evening worship in Deaconess Chapel, and devotions on our various floors at bedtime. We Laughed and studied together.” Norma did a summer internship in the LDA office in Ft. Wayne. Early on Pastor Krentz suffered a heart attack, so the office secretary and Norma took care of daily operations of the LDA.

Burton Everist and Norma started going together at Valpo. The two went with a group into South Chicago to canvas neighborhoods. Norma and Burton shared commitments: a call to serve Christ, social justice and theological study. Although they had met through Walther League in 1956, it was six years before they married, because seminarians had to wait until after vicarage.
Deaconesses could not marry until the late 1950s. Norma graduated in 1960. All from that class married within a few years, continuing to serve. Not that women were different; the church had changed the rules.

At that time, upon graduation, deaconesses were assigned by the LCMS directly to their first call. Norma went to Ascension congregation in St. Louis, MO. During her four years there she also became the first deaconess to attend seminary, seeking an M.A. in Religion. All on one day in May 1964, Norma and Burton adopted a son, Mark, Norma went to work, and that evening graduated from Concordia Seminary.

Deaconesses could serve while married; however, becoming a mother was another thing. Norma received a letter. At the age of 25, she had been “retired.” She could no longer be a deaconess. Two days after adopting, she miscarried and two days after that Burton and she moved to Valparaiso. He would teach New Testament and work with the Lutheran Human Relations Association. Norma felt her identity had totally changed. She was no longer a deaconess, and at home with a 1-year-old. She suffered from depression. But the first night in Valpo, they were welcomed by Deaconess Edie Hovey. Young Mark spent the night in Deaconess Hall, sleeping in a dresser drawer placed on the floor. Norma kept in touch with deaconesses and Mark, as an infant, with another child were the first children to attend Lutheran Deaconess Conference. He is now 56.

In 1966 the Everists moved to inner-city Detroit where Joel and Kirk were born. These were Norma’s block-walking, child-nurturing, porch-talking, community organizing days during the Civil Rights Movement. Her theology grew deeper through the revolution (called riots): fires and fear, chaos and community, destruction and renewal.

After a few years, Burton took a second inner-city call, this time to New Haven, CT. The children were growing; the whole family was engaged in community organizing. The challenges of race, homelessness, and economic oppression broadened and so did Norma’s ministry, including starting a boys’ choir at the neighborhood condemned public school. One day she also went to Yale Divinity School to enroll.

Meanwhile, the LDA decided that all women who had been consecrated would again be deaconesses and sent a letter to these women. Norma was taking a class at Yale on women and vocation. She did a research paper asking these women what this letter meant to them. Some replied, “I don’t know what those words mean.” The words were simple, but women had internalized the “You are not.” It would take years to reconnect with many “former” deaconesses. Norma bought a navy blue dress, sewed on her LDA cross patch and reclaimed her own deaconess identity. Soon, she was elected to the LDA board and then became the first deaconess to serve as president of the Board of Directors.

After completing her M.Div., Norma was invited to teach at Yale. Since 1970 women had been ordained to pastoral ministry in the ALC and LCA. Because she would be teaching future pastors, Norma considered ordination herself. She sought the counsel of the Northeast Area Conference. The deaconesses said, ”If women are now being ordained, some should come from the long line of deaconesses who have been serving since the N.T. Church.” With their encouragement, Norma was ordained at Yale Divinity School in 1977. This may have been the first time globally that a deaconess was ordained a pastor. However, people began to say, “Now that you are going up to higher things . . . ” Norma did not agree with that description. She said, “When you are changing history, you should name your action.” She remained in the deaconess community. A long line of pastors and a long line of deaconess alternately laid on hands at her ordination.
Change in the community is always a challenge, and even though being able to have a deaconess preside at LDC Eucharist could be cause for rejoicing, this also needed time for study. Today the LDC is pan-Lutheran. At Annual Meetings ELCA ordained deaconesses celebrate at some services and male pastors at others. “Give us your grace to be different together.” 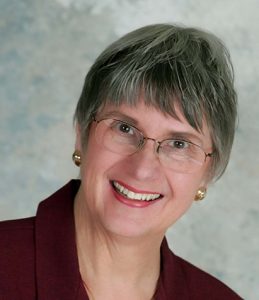 After nine years in New Haven, Norma was called to become a professor at Wartburg Theological Seminary in Dubuque, Iowa, the first tenure-track woman professor at a seminary of the American Lutheran Church. She completed a Ph.D. and taught at Wartburg for 38 years, helping foster a seminary community of collaborative learning for leadership in church and world. Her areas of theological education included ministry, education, church administration, feminist theology, ministry in daily life and courses in the M.A. in Diaconal Ministry degree program.

Norma became a widely known lecturer across the country and around the world. She is author/editor of 14 books, dozens of chapters in books, articles, journals, and educational resources. She has been a columnist in local and national publications and communicates regularly on her blog, “Conversations on the Church’s Vocation in the Public World”

All three of the Everist sons are diaconal with servant ministries in their vocations in daily life. Norma’s diaconal ministry grew ecumenically and globally as she participated in DOTAC and in DIAKONIA World Federation in New York, Germany, Australia, England, and presided at the Eucharist in Nova Scotia. She represented the ELCA in producing, “The Diaconate as Ecumenical Opportunity” for the Anglican-Lutheran International Commission. She helped design diaconal ministry for the ELCA, supporting deacons to this day as Ministers of Word and Service partner with ministers of Word and Sacrament.

At 80, Norma continues as a servant leader and mentor to many.

DeacPost “To Kneel Or Not To Kneel?”

DeacPost “To Kneel Or Not To Kneel?”

Do nothing out of selfish ambition or vain...

Karen is a deaconess candidate, awaiting...