Deborah Kolke Nebel was born on December 1, 1949, in Cleveland, Ohio. Around the 10th grade, 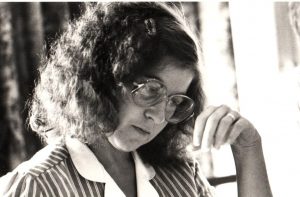 Deborah saw some info on a bulletin board about deaconess ministry. She started writing to the LDA and planning. On her application, Deborah wrote… “I want to follow my Lord’s command to teach and witness in the service of a specific, contemporary fulltime ministry. The diaconate, as I understand it, is a way in which I can serve both the unsaved and the body of Christ as I work in a congregation or institution.”

After graduation from Valparaiso in January 1971 with a degree in Theology, Deborah married Bill Nebel in February 1971. Deborah did her internship at the Lutheran Church of the Covenant in Maple Heights, Ohio, where she continued to serve for many years. She was consecrated in March 1972. She also attended Ashland Theological Seminar for certification in pastoral counseling and served on the advisory board of the Pastoral Psychology Service Institute of Case Western Reserve University. Deborah received her J.D. from the Cleveland Marshall College of Law in 1987.

Deborah began serving at Lutheran Metro Ministry in 1979 “as a staffer for Cuyahoga County Ombudsman Research/Development Phase, and as a member/resource person to Metro’s Disabled Task Force.” She wrote, “We cannot coerce, brow-beat or catechize ourselves into servanthood. We can only hear the proclamation of the gracious Gospel and model ourselves after Jesus’ servanthood for us. And… We enable others to experience God’s loving concern for them.”

In 1983, Deborah preached at the Lutheran Deaconess Conference’s Annual Meeting… “And yet, Jesus calls us… Let the Servant Church Arise. Will we hear his call? Will we respond to the one who alone has the power to give life? I pray we will! But just as Lazarus had assistance, we, too, have the help of community, both those within our communities and those outside in the greater world community to help remove the stone and untie the grave clothes and set us free“. Deborah was a communicator, a listener and counselor, and an advocate for peace and justice with a sense of call to work with the poor and with those to whom justice is denied.

Deborah served both the LDA and the Lutheran Deaconess Conference in many ways, including serving on the LDA Board of Directors (elected President in 1986) and editing the LDC newsletter, along with presenting on topics of social justice in various settings, including student seminars.

In 2002, Deborah was the co-recipient of The Amasa B. Ford Ombudsman Award presented by the board of trustees of the Long-term Care Ombudsman in recognition of commitment to the quality of life of older adults. She served with Cleveland Peace Action, a local affiliate of the national grassroots peace organization. She also served as the Associate Director for The Universal Health Care Action Network of Ohio (UHCAN Ohio). In 2011 Deborah was presented with the Faith and Friendship award — given to a “company, agency, organization or individual who, in a significant way, championed the cause of causes of Lutheran Metro Ministry and its programs.” Most recently before her death, Deborah served as the Director of Public Policy for Linking Employment, Abilities & Potential (LEAP).

In 2004 Deborah wrote to the deaconess community, “we do not always serve in officially called positions but that the emphasis is on the vocational call to service in the roles and jobs in which we find ourselves. I think in some ways we have as a community acted our way into a new way of thinking. And while it has not always been comfortable for me to follow the path into which I believe I have been called I am convinced it is important for those of us who serve on the fringes of official ministry to bear witness to our calling and to help the church ‘think outside the box’ as to what is the diaconal call to ministry for 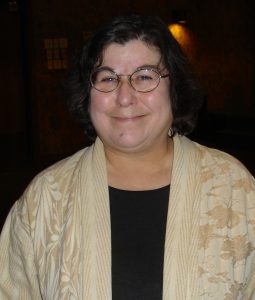 US Christians in the 21st century.”

Following are excerpts from the statement written by the Executive Director of LEAP upon Deborah’s death:

“In the time we had with Deborah she made an amazing impact. An impact that not only affected all of us at LEAP but also the lives of countless people in the disability community and her faith community. Passionate, articulate, empowering – with a force of brilliance when she talked about what can happen when people are given the opportunity to make life-changing choices. She knew that freedom is at the core of a powerful and fulfilling life of possibility, and inspired others to recognize this too and take action. Deborah challenged our decision-makers not to tolerate ignorance or prejudice and reminded them of the morality of their work. This powerful communication helped to change people’s attitudes and to increase people’s understanding of the true meaning of independence and freedom.”

“She impacted public policy systems at all levels and helped improve the lives of thousands by advocating for changes in the corridors of power where legislation and policy are developed in this country. Her conviction was simple, that people could learn to treat each other better by understanding and appreciating our differences, yet her advocacy was forceful. In her determined, unwavering, and focused social justice work she took a stand and taught us a lot about the value and dignity of disability. Deborah’s whole life illustrated very eloquently her battle for those among us who have been marginalized to have equal rights through her insistence that our communities examine their attitudes, and invite, welcome and accept people who are deemed different.”

Deborah died on July 5, 2014. LDA Executive Director, Deaconess Lisa Polito, in a letter to the deaconess community announcing Deborah’s death, wrote, “We will miss you sister. We give thanks to God for your gifts, especially your calling and recalling us to social justice and caring for all of God’s people.”